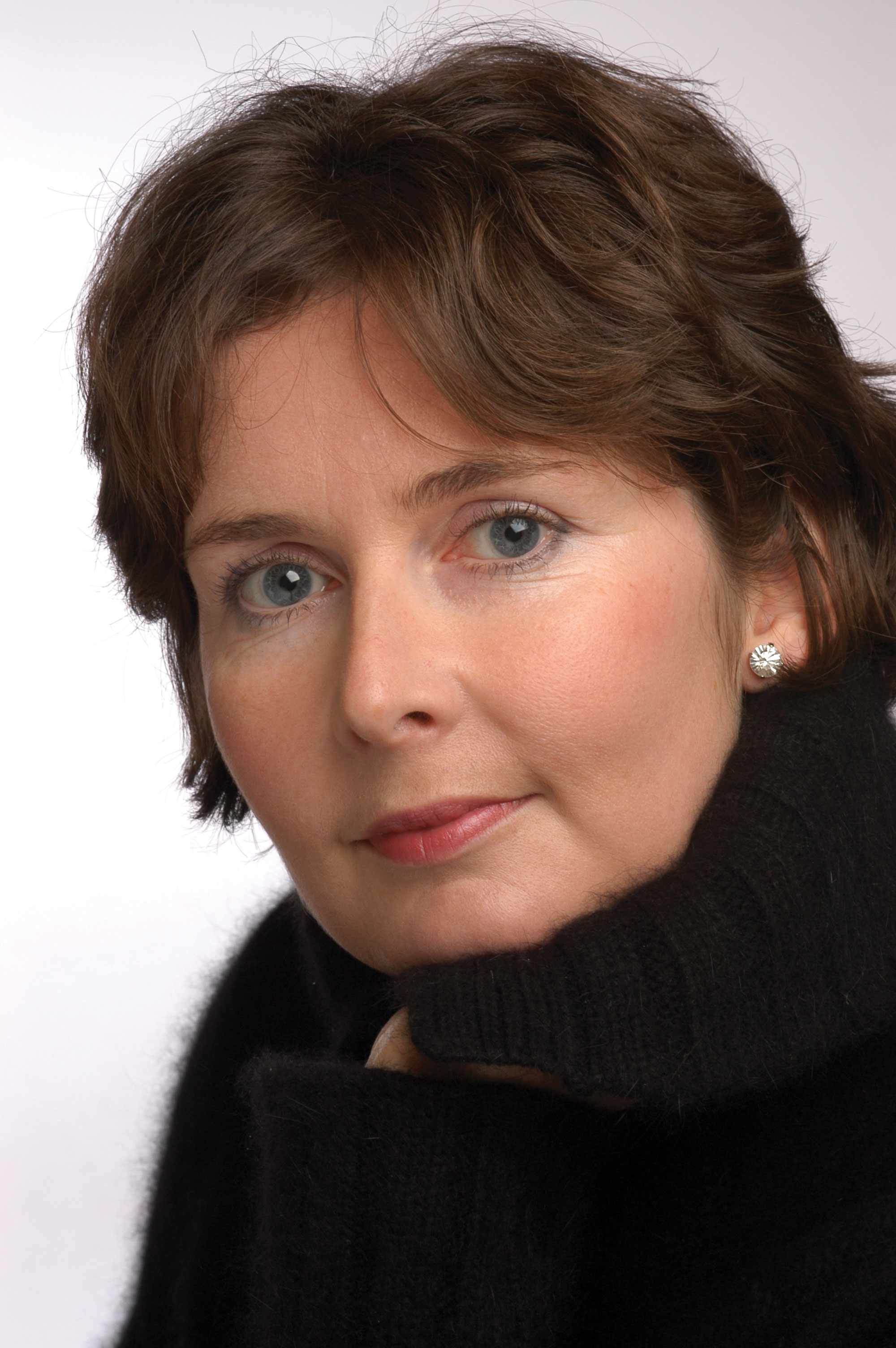 Born in Yorkshire, UK, Rachel Godsill began singing in the local parish church choir. She read music at Selwyn College, Cambridge where she was a Choral Exhibitioner, and was a prize-winning vocal student at the Royal College of Music.

Subsequently studying with Sheila Barnes and Alison Wells, Rachel is in demand as a recitalist and oratorio soloist, performing in major concert venues throughout the UK and Europe.

Highlights have recently taken her to the Czech Republic for a recital of Smetana and Janacek with the Prague University Orchestra, to Budapest, Erfurht and Berlin for recitals of music for voice and viola d’amore, and to Beijing and Shanghai for performances of Britten’s Peter Grimes and War Requiem (Shanghai Symphony Orchestra, London Voices).

Rachel’s oratorio repertoire encompasses Bach and Handel through Mozart and Rossini to Tippett and Orff. Last year’s season included performances of Carmina Burana and Poulenc Gloria (University concert hall, Cambridge, Stratford-upon-Avon), Handel’s Messiah (Choir 2000), Shakespeare settings by Gurney, Finzi and Cecilia MacDowell (Church of King Charles the Martyr, Tunbridge Wells, Corpus Christi College, Cambridge) and performances of Schumann’s Song Album for the Young (Hughes Hall, Cambridge, Stapleford Granary). She is equally at home with contemporary repertoire and many pieces have been especially composed for her. She has performed Saariaho’s La Passion de Simone in the Barbican, UK and Lincoln Centre, New York under the direction of Peter Sellars, works by Lutoslawski and Penderecki at the Lugano Music Festival with Terry Edwards and can be heard on the soundtrack for many films including Harry Potter, The Hobbit and Star Wars!

Rachel is also a much sought after teacher, working with the choral scholars of Cambridge University and the boy choristers of Jesus College. She directs choirs in the local community and is passionate about making singing available to all. 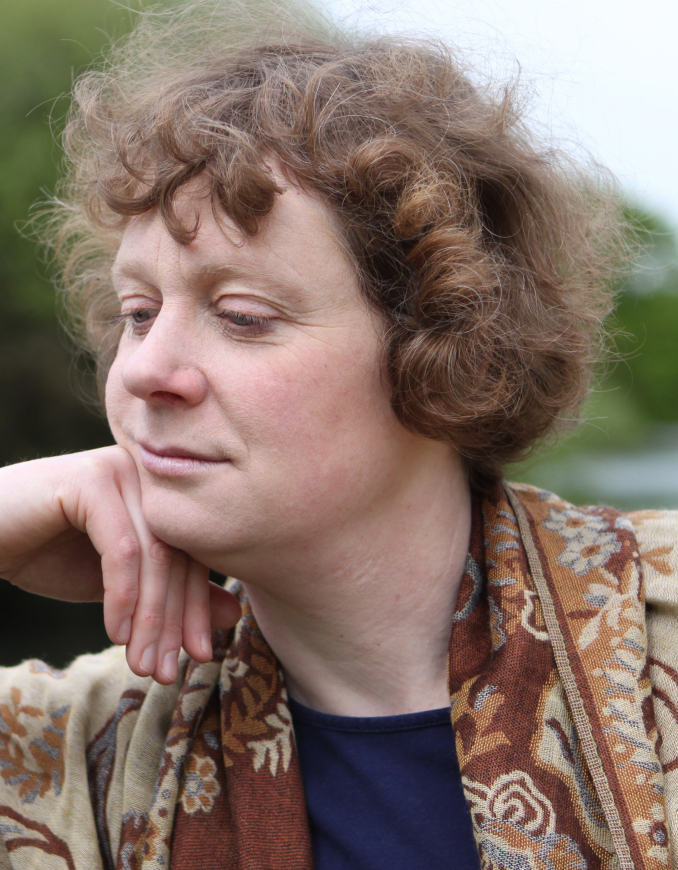 Rachel Stott lives and works in London, UK.  She attended Wells Cathedral School and read music at Churchill College, Cambridge, taking composition classes with Hugh Wood and Robin Holloway. She then pursued postgraduate studies at the Guildhall School of Music and Drama, studying viola with David Takeno and Michaela Comberti, but also managing to infiltrate classes in composition, ethnomusicology, jazz and early music, thus gaining a broader education than was perhaps intended by the establishment.

Rachel has pursued a career as violist and composer, performing with both contemporary and early music ensembles and writing for a diverse range of instruments, including viols, cornetts and sackbuts, lutes, ocarinas, viola d’amore and baryton, as well as the more conventional instruments of the modern orchestra.  She has composed song cycles, string quartets, (No. 1 for the Fitzwilliam Quartet, No. 2 for the Dante Quartet and No.3 for the Callino Quartet), chamber music works, orchestral works and an opera for children, The Cuckoo Tree, based on the book by Joan Aiken.   Her music has been performed at the London South Bank, Wigmore Hall, St John’s Smith Square, festivals across the UK, and in continental Europe, North America and Japan. A record-breaking work, Odysseus in Ogygia, for an ensemble of six violas d’amore, was presented at the 2012 Viola d’amore Congress in Innsbruck, and in the same year Several World, for massed saxophones, was performed at the World Saxophone Congress in St Andrews, Scotland.

Rachel’s compositions draw on a wide range of sources: historical, artistic, literary, scientific and medical. She has written a music theatre piece about the Jewish East End, a vocal and instrumental work which connects the Queen’s accession with the history of the Great Western Railway, and an instrumental piece describing the procedure of Endoscopic Retrograde Cholangio Pancreatography. In 2003 she held a residency as a composer at Blackpool Victoria Hospital, funded by the Performing Right Society Foundation, which led to Gulliver’s Ear for string trio, inspired by watching an operation on the ear.

We use cookies on our website to give you the most relevant experience by remembering your preferences and repeat visits. By clicking “Accept All”, you consent to the use of ALL the cookies. However, you may visit "Cookie Settings" to provide a controlled consent.
Cookie SettingsAccept All
Manage consent

This website uses cookies to improve your experience while you navigate through the website. Out of these, the cookies that are categorized as necessary are stored on your browser as they are essential for the working of basic functionalities of the website. We also use third-party cookies that help us analyze and understand how you use this website. These cookies will be stored in your browser only with your consent. You also have the option to opt-out of these cookies. But opting out of some of these cookies may affect your browsing experience.
Necessary Always Enabled
Necessary cookies are absolutely essential for the website to function properly. These cookies ensure basic functionalities and security features of the website, anonymously.
Functional
Functional cookies help to perform certain functionalities like sharing the content of the website on social media platforms, collect feedbacks, and other third-party features.
Performance
Performance cookies are used to understand and analyze the key performance indexes of the website which helps in delivering a better user experience for the visitors.
Analytics
Analytical cookies are used to understand how visitors interact with the website. These cookies help provide information on metrics the number of visitors, bounce rate, traffic source, etc.
Advertisement
Advertisement cookies are used to provide visitors with relevant ads and marketing campaigns. These cookies track visitors across websites and collect information to provide customized ads.
Others
Other uncategorized cookies are those that are being analyzed and have not been classified into a category as yet.
SAVE & ACCEPT
Powered by